Monks are a class available to players in Pantheon: Rise of the Fallen. While primarily a melee-dps, the Monk is a diverse class capable of adapting to many situations. Their signature Feign Death enables Monks to be one of the best pulling classes. If a pull should go wrong, Monks have access to taunts and self-heal abilities, enabling them to relieve pressure from the primary tanks by taking the attention of additional mobs.

The way of the Monk is a path of harmony between the body and the soul. Through longstanding discipline Monks have transformed their very being into resilient, living weapons which they are able to wield against their enemies with devastating effect. It is through the Way of the Body that Monks develop the strength and control to perform their devastating physical attacks. Monks use strong, deliberate strikes with their hands, feet and martial weapons that focus vital points on their enemy and exploit weaknesses with crippling power. But Monks do not rely on technique and muscle alone - they must also develop themselves internally, along the Way of the Soul. By cultivating this bond between their body and soul, Monks are able to manipulate their internal energy known as Chakra. This internal flow of Chakra is held back by a series of six gates, like water behind a sequence of dams. The Monk must learn to open these gates in order to wield their Chakra without limits, releasing it in a torrent of punishing damage, or in the form of powerful defensive and self-healing abilities. The 6 gates are known as: The Gate of Anger, the Gate of Peace, the Gate of Sorrow, the Gate of Joy, the Gate of Balance and the Gate of Release. 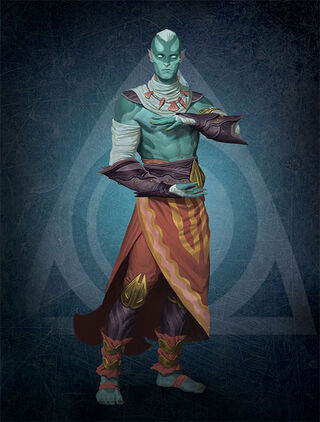 Monks have mastered the arts of transforming their body and soul into resilient, living weapons. The Arts of the Body consist of devastating physical attacks such as Flurry Punch, Strike of the Wayward Wind and Rising Moon Kick. The Arts of the Soul allow Monks to concentrate their flow of Chi into punishing physical attacks like Surge of Chi, defensive abilities like Mountain Pose, and self-healing techniques like Resonating Palm.

For in-depth guides to the Monk and beyond, be sure to browse the class guides.

Off-Tanking. The role of an off-tank is to relieve pressure from the primary tank by drawing the attention of additional mobs (adds) to themselves. It is otherwise fundamentally the same as primary tanking:
The role of the tank is to grab and maintain the attention (aka aggro) of hostile creatures (aka mobs), directing damage away from their allies. To be able to properly tank, it is important to understand the Hate game mechanic. Mobs have a hidden "Hate list" which contains every PC and pet that is in active combat with it ("on aggro"). Whoever is at the top of the list is the target that the Mob will attack. Nearly every action a PC takes while on aggro with a Mob generates hate, though the primary sources of hate are: Dealing Damage, Healing and using specific abilities designed to generate Hate (referred to as Taunts)

The tanks job is to use their Taunt abilities to top the Hate List, keeping damage focused on themselves so that healers have as few targets to heal as possible.

Utility. Utility is a broad category. It can perhaps best be thought of as a sum of all abilities that do not fall under the other categories (Tanking, Healing, Damage Dealing, Crowd Controlling, Supporting)

In combat, Monks will constantly generate Chakra as a percentage of the damage they deal. In addition, certain abilities will increase a Monk's Chakra by a certain amount when used. As a Monk increases their pool of Chakra (represented by a resource bar that fills left to right, 0 to 100), they will open consecutive Chakra gates along the way (represented by segments within the bar) until all 6 gates are open. Some of the Monk's abilities will have a Chakra cost in order to be performed. Others will require a certain Chakra gate to be open and when used will expend all of the Chakra it has taken to open that Chakra gate.

In September, 2019's newsletter, Chris Perkins debuted a new segment where he answers commonly asked questions about the classes of Pantheon. Below are the questions and answers for the Cleric.