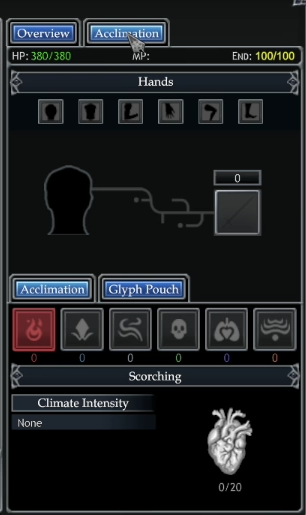 Natural Acclimation
Characters can gain a certain degree of natural resistance by being in a harsh climate for long enough.